All the groups learn performance skills for either the stage or screen via drama games and exercises, movement and mime, voice work, improvisation, devising and script work.

The Improv Comedy groups are currently on hiatus.

The Theatre groups work closely with our team of writers, both collaborating with them and performing the new plays written, in professional venues in Edinburgh.

The Film group works with our experienced film tutor, developing skills suitable for on-screen and behind the camera.

From time to time we also offer additional, one off performance projects for youth theatre members. 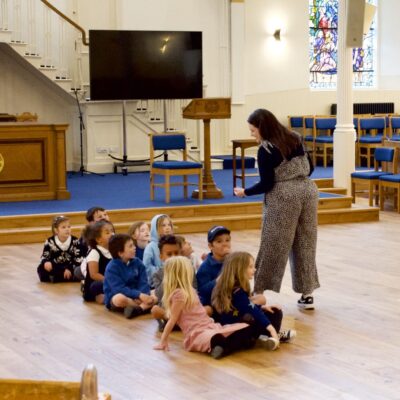 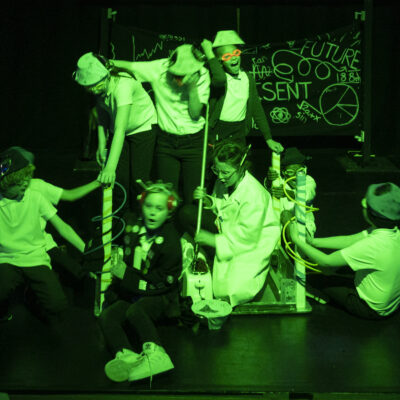 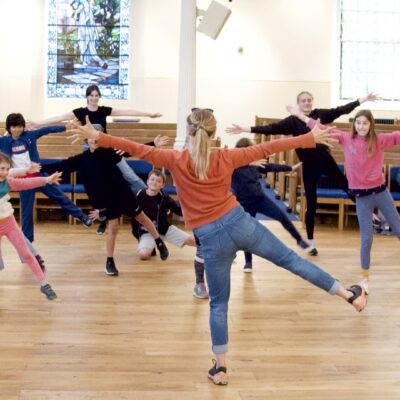 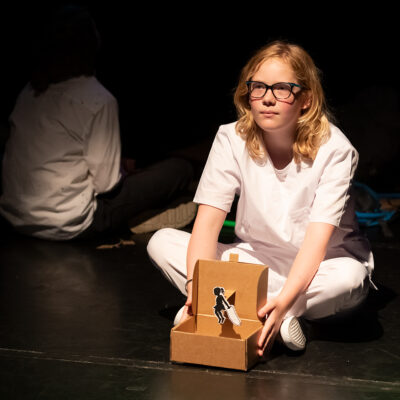 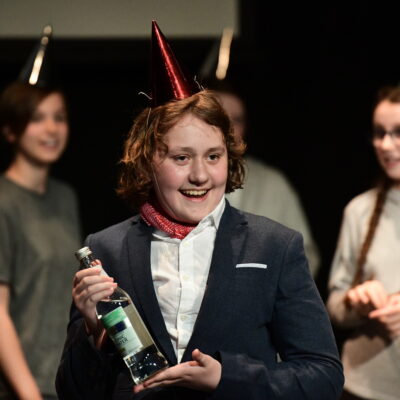 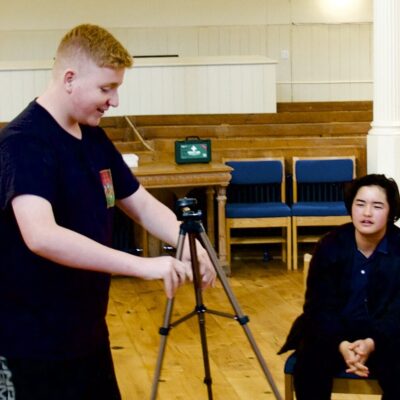 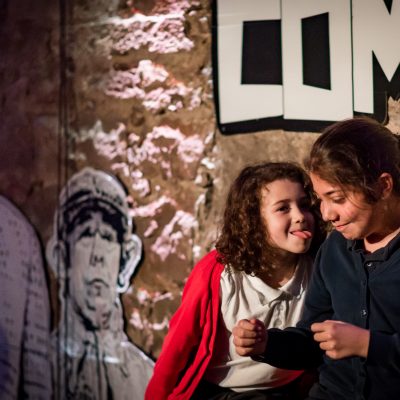 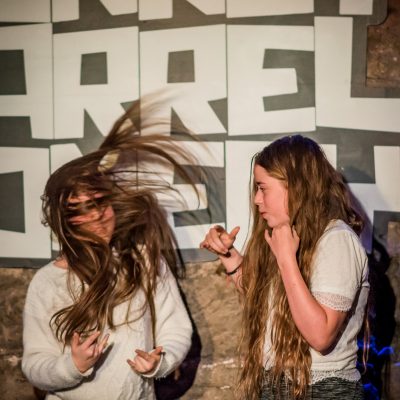 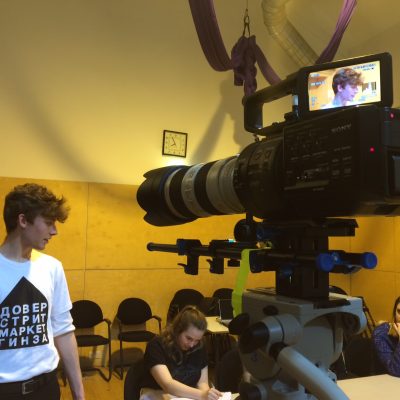 Out of the Blue
14-18s: Screen Thursdays