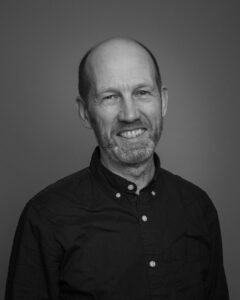 Steve is a director, producer and facilitator and has been working in Scottish theatre for more than 30 years.

Since founding Strange Town in 2008 with Ruth Hollyman he has directed many shows for the company, including:  ‘Gen Z: The Future is Unwritten’, ‘Dr Korczak’s Example’ by David Greig, ‘Balisong’ by Jen Adam, ‘A Field of Our Own’ and ‘Being A Dad’ by Duncan Kidd, and ‘Teach Me’ by Alan Gordon.

Previously Steve was Associate Director at Dundee Rep, Head of Education at the Royal Lyceum Theatre and Associate Director for Scottish Youth Theatre.   He lives in Edinburgh with his wife Clare and their dog Molly. He has a son, a daughter and two step-sons, all of whom have at one time or another been members of Strange Town. 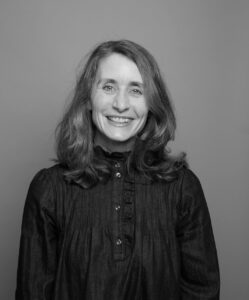 Ruth is an Edinburgh based director and arts manager who has been working with young people in a theatre setting for 24 years, primarily in Scotland. She co-founded Strange Town and manages it with Steve Small and also runs the Strange Town Young Actors’ agency.

She worked in the marketing department at Edinburgh Festival Theatre in 1995, where she established the theatre’s education programme. From 1996-2000 she lived in Tokyo, setting up a children’s theatre company and working in television and the voiceover industry.

Jessica has a degree in Festival and Events Management from Edinburgh Napier University. Throughout her studies she worked with various Edinburgh Festival venues in a number of different roles. She also produced a show which ran at the Fringe and toured to the Big Burns Supper Festival in Dumfries. 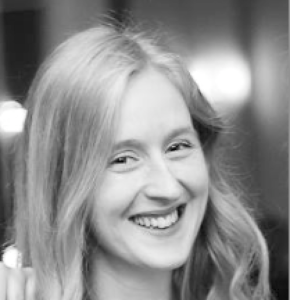 Since graduating Jessica has worked at the Traverse Theatre and completed an internship with a social enterprise which worked to support young families. As a previous Youth Theatre member herself, Jessica appreciates the opportunities it can bring to a young person and is excited to be working with Strange Town to help bring these to more young people. 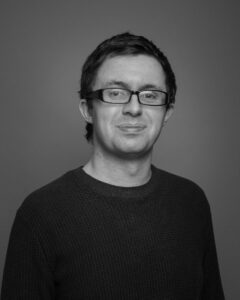 James is a director, playwright and creative learning facilitator who has lived and worked in Edinburgh for over a decade.

He has worked with Strange Town since 2015 and has written a number of Strange Town productions including Stolen Futures (Traverse Theatre, June 2019), Heart of the Storm and Something Special (Scottish Storytelling Centre, Dec 2021) both of which he also directed. In addition to his role as Youth Theatre Manager, he leads the Monday and Wednesday youth theatre groups.

Previous credits with his own group Aulos Productions include the award-winning Fringe productions First Class (2014) and Gobland for the Goblins (2017) and the award-nominated Women of the Mourning Fields (2015) and Antigone na hEireann (2018).

He holds an MFA in Directing from Edinburgh Napier and an M.A. (Hons) in Ancient and Medieval History from Edinburgh University and has run workshops and guest-lectured at both institutions. 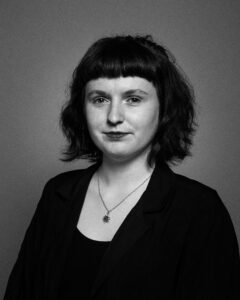 Poppy graduated from The Royal Conservatoire of Scotland with a BA in Production Technology and Management, specialising in Stage Management.

She has been involved with Strange Town since she was 17, starting in the youth theatre and later working as Stage Manager and Assistant Producer for various Strange Town productions. Bringing opportunities to young people in the arts is a key element of Poppy’s practice, and she is delighted to be working with the wonderful members of Strange Town’s agency as assistant to Ruth.

Poppy has previously worked with National Theatre of Scotland, The Royal Conservatoire of Scotland, Townsend Productions, Stagebox, The Traverse, Wonder Fools and the Glasgow Canal Co-op in a production capacity.

Katie graduated with a BA(hons) Drama and Performance degree from Queen Margaret University, specialising in design and scenic art, further developing her skills on the Scenehouse Design course. 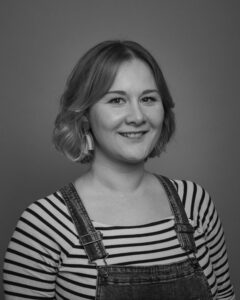 She is now an established freelance set designer and scenic artist based in Edinburgh. As the Design and Production Manager for Strange Town Theatre, she works regularly on their youth theatre and young company productions including, during the pandemic, a large-scale, multi-media event ‘Gen Z: The Future is Unwritten’.  Katie is also acting Design Associate at Studio A which provides a bespoke service for pop up events, weddings and interiors and she regularly designs sets, props and costumes for Dirliebane Theatre Company, working alongside the company in the research and development phase in schools and nurseries. She has worked as props assistant  and scenic artist on a variety of productions and events with Big House Events, the Glasgow Commonwealth Games and many other event and film companies.

Balancing her creative career with being a mum, it is Katie’s hope that having a motivated, creative working mum will be a great inspiration to her daughter.