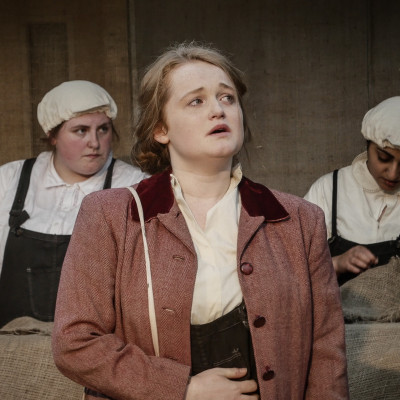 A stash of letters tells a family's story through the tumultuous decades of the 20th Century. From war to heartbreak, they reveal that life's never been easy as a teenager.

ANNA: And me! And me! Anna Fraser. Back up from the dreaded boarding school for my hols!

MARCUS: She got married to her cousin?

He edges away slightly.

JENNY: Happened a lot back then.

JENNY: These photos were taken in just before they all went off to war.

BOY 1: And off we went to fields of France or to Gallipoli. With a swing in our step.

BOY 2: Like Peter Pan, ready for An Awfully Big Adventure.

JENNY: But by 1916 the war had become an industrialised killing field. Thousands of men dying each day.

OFFICIAL 1: We have rather a gap to fill.

OFFICIAL 2: What’s the opposite of a surplus?

OFFICIAL 3: A deficit of men

OFFICIAL 2: And lower the age limit to 18

Official 2 and 3 wink at each other.

OFFICIAL 1: What a damned dirty war.

JENNY: But they still had no idea what they were going to

MINISTER: You’re country needs you boys! Now more than ever!

ROBERT: Morning. Hang on when did you become the postie?

POSTMAN: When Mr Mackenzie went off to Palestine or somewhere.

ROBERT: I suppose. It’s my…

POSTMAN: Birthday. I know. Many Happy Returns and all that. Well we’ve got a parcel, couple cards it looks like, and letter, kind of official looking.

POSTMAN: Well, aren’t you going to open it then?

POSTMAN: What is it?

ROBERT: I’ve been called up. 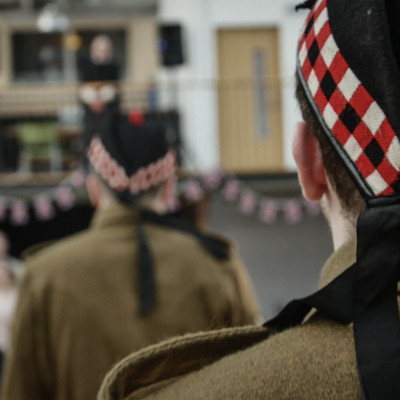 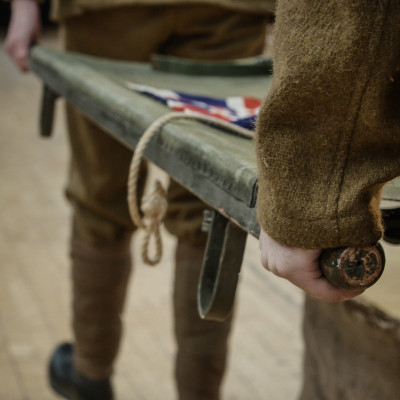 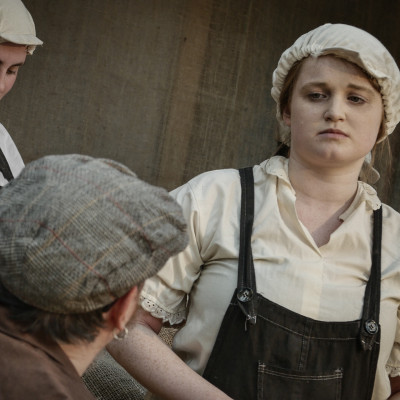 As a playwright Duncan has worked with Imaginate, Tramway, Active Inquiry, Out of the Blue, Village Pub Theatre, Charioteer Theatre and Piccolo Theatre, Milan.  He has presented a music show at the Edinburgh Festival Fringe and was the winner of the Rowan Tree Playwriting Competition 2013.

He has extensive experience working with young people aged 8-18 as well as 18-25 and up using a devising process. He has written and developed many scripts for and with children and young people for Strange Town and has worked in many primary schools throughout Scotland.